Need a building survey in Bedford or in Herts, Beds or Bucks? Our local Independent Chartered Surveyors can help you
Just click on the Quick Quote box to receive a survey quote today 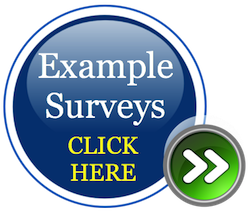 All types and Eras of property example reports

We are local Independent Chartered Surveyors providing comprehensive building surveys in Bedford and the surrounding area to give you peace of mind.  We provide our clients with all types of property advice with survey reports tailored to your individual property needs.  Our building structural survey reports are far superior to the kind that your mortgage company usually provide and as we are independent of mortgage lenders we have your best interests at heart.  When you are making what is often the most expensive decision you will make on a property move or investment you are safe in our hands helping you to make an informed decision and to buy at the right price.  We save our clients money and time as a building survey will aid in your negotiations and help you make the right decision.

Our structural building surveys stand out from other Surveyors reports as they are written in plain English, include many photos and unique sketches to help explain property problems as well as providing the solution and projected repair costs.  Our Structural Surveyors give expert property advice on buildings in your area and are always happy to meet you at the property to explain any problem areas.

Bedford is the county town of Bedfordshire and is situated at the junction of the A6 and the A428 in between the M1 to the west and the A1 to the east. Bedford is synonymous with the preacher and writer John Bunyan who wrote The Pilgrim’s Progress and there are many references to him in the town including the Bunyan Library, Museum and Sports centre to name but a few.

The River Great Ouse flows through the town and from the banks you can walk taking in the interesting architecture including the old coaching Inn, now a hotel The Swan. The Great Ouse at Bedford is also synonymous with the town’s annual River Festival and Regatta held each year in May dating back to the first official Bedford Regatta which took took place on Thursday, 25th August, 1853.  Priory Country Park with its river, lakes and locks to the east of the town and is a large area (around 360 acres) away from the busy town centre.

South of the town you will find the huge airship sheds at Cardington where many people from Bedford once worked and where in recent years film companies have used them, as their size is perfect for building film sets within and is truly a unique indoor and outdoor location space.

The town is twinned with the European towns of Bamberg, German, Arezzo and Rovigo, Italy and Wloclawek in Poland.

The Danes established the town of Bedford. It is believed that there may have been an original settlement when the Danes conquered this part of England in the late 9th century however whether this is fact or not the Danes created a town at Bedford.  The Danes north of the river Great Ouse by a ford created a fortified settlement or burh.

The burh had a wooden palisade at the top with an earth rampart and was surrounded by a ditch.

In 915 AD the English king Edward recaptured Bedfordshire creating another fortified settlement this time south of the river Great Ouse with a ditch named the kings ditch surrounding the area.  Bedford prospered from this point onwards with a weekly market and a mint.  In 1010 however the Danes pillaged Bedford.

Bedford in the Middle Ages had a small population of approximately 1,500 and was considered an unimportant town.

The Normans built a wooden castle to enable them to have order in the town of Bedford, which was later rebuilt in stone.  In 1224 however a rebellious baron held the castle against the king with the king later capturing Bedford and destroying the castle.

A Royal Charter was granted to the town of Bedford in 1166 outlining the townspeople’s rights.  The town prospered with weekly markets and an annual fair, which brought visitors from all parts of Bedfordshire.  The prominent industry in Medieval Bedford was the wool industry with cloth woven in the town, cleaned, thickened and dyed.

Buying or Renting a property in Bedfordshire? Don’t delay call us today
01234 355 358
We will save you money

Friars arrived in England in the 13th century who preached the word of God with the Franciscan friars reaching Bedford by 1238.

Caldwell Priory or Cauldwell Priory, on the outskirts of Bedford on the south bank of the river Great Ouse followed the Order of the Holy Sepulchre being dedicated to Saint John the Baptist. The priory was dissolved in 1536 later becoming a substantial residence, demolished, re-built and then demolished with the site becoming home to the Britannia Iron and Steel Company until being developed with contemporary housing.

Bedford from the 16th to 18th centuries

The town of Bedford grew during the 16th and 17th centuries although like many towns across England the plague of 1575-1576 and 1578-1579 struck the population although later it recovered.

The wool industry was the main industry in Bedford in the 16th century although this later declined in the 17th century.

The river Great Ouse became navigable as far as Bedford in 1689, which was a great boost to the area as it was far easier and cheaper to transport goods by river than by road with the town thereby growing rapidly at this time.

The brewing industry in Bedford in the 18th century was prominent with breweries today such as Charles Wells which was established in the 19th century in 1876 with its first brewery on the banks of the river Great Ouse, Bedford.

Are you buying or leasing a Pub in Bedfordshire?
Don’t buy or take on a pub lease without a pub survey or schedule of condition
Call our pub surveyors
01234 355 358

John Bunyan the influential English author and Baptist preacher was born on 28th November 1628 in Elstow, Bedford dying in Holborn on 31st August 1688. John Bunyan is synonymous with his classic work, The Pilgrim’s Progress which was written whilst in Bedford jail due to being jailed for teaching men to worship God contrary to the law as he preached the Gospel of Jesus Christ without the approval of the Anglican Church.

A museum dedicated to the life, times and works of John Bunyan is located in Bedford in the Bunyan Meeting Church in Mill Street. The collection housed in the John Bunyan Museum and Library was brought together and displayed originally in 1946 with the modern museum opening in 1998 celebrating John Bunyan’s life and works.